TU Dortmund University has successfully nominated Prof. Edvardas Narevicius from the Weizmann Institute of Science, Israel for a Humboldt Professorship. The scientist is to be appointed to the Department of Physics to work on ultracold reactions in the Research Center Chemical Sciences and Sustainability at University Alliance Ruhr (UA Ruhr). The 49-year-old chemist is a pioneer in the experimental research on quantum effects in molecular collisions, which can only be detected at extremely low temperatures close to absolute zero.

The Humboldt Foundation announced on 1 June that ten leading international scientists will be offered a Humboldt Professorship at a university in Germany in the first selection round of the year. With funding of up to 5 million euros for five years, the Humboldt Professorship is Germany's most highly endowed international research award. The Federal Ministry of Education and Research will grant the funding, if the candidate takes up the professorship at the nominating university. At TU Dortmund University, the appointment of the successful candidate could possibly take place as early as 1 August. 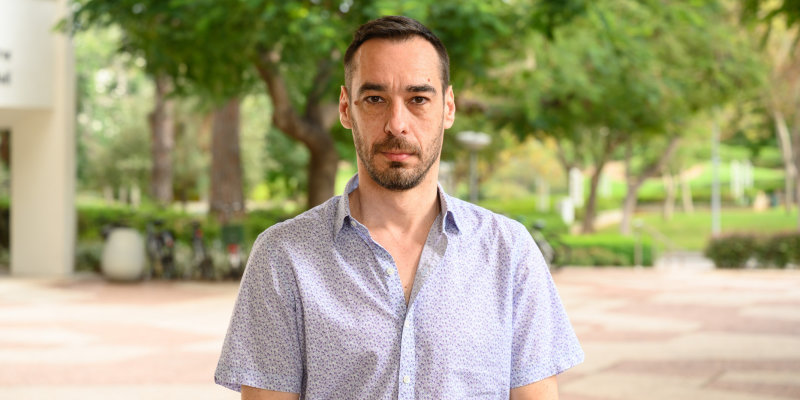 Prof. Narevicius has been with the Weizmann Institute of Science since 2008 as head of the Quantum Molecular Lab.
© Ohad Herches

Prof. Narevicius has been with the Weizmann Institute of Science since 2008. As head of the Quantum Molecular Lab he has built an international reputation in the field of chemical physics by demonstrating quantum effects in molecular collisions. His experiments have high potential to better understand physical processes and chemical reactions. In 2020, for example, he received an ERC Advanced Grant from the European Research Council for experimental studies of quantum gases, which have been methodologically inaccessible due to a lack of suitable cooling technology so far. By developing an apparatus that effectively slows down molecules and "freezes" them at a few millikelvin, new pioneering studies are possible that could be as relevant for astrophysics as for quantum chemistry or quantum IT.

Professorship at Research Alliance Ruhr
The new professorship Ultracold Reactions is to be assigned to the Research Center Chemical Sciences and Sustainability at UA Ruhr. It would be the first professorship to be filled by an international appointment at the newly founded Research Alliance Ruhr. The Research Center aims to understand chemical products, processes and reactions at the molecular level and to use this knowledge for environmentally friendly and economically competitive innovations. The chemical industry is just as much in focus as the production of building materials or pharmaceuticals. With the Cluster of Excellence “RESOLV - Ruhr explores solvation”t, the UA Ruhr already has a leading international consortium that focuses on the effect that solvents such as water have on processes to identify potential for optimization. The Humboldt Professorship will collaborate closely with the RESOLV consortium.